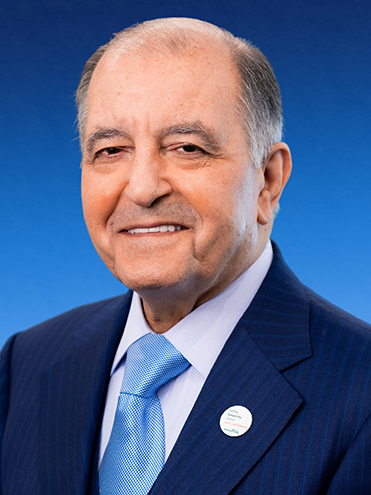 Seifi Ghasemi became chairman, president and chief executive officer of Air Products in July 2014. In this role, he is focused on setting the strategy and policies of the company, developing leadership, and meeting shareholder commitments.

Mr. Ghasemi is a member of The Business Council, an association of the chief executive officers of the world’s most important business enterprises. In 2020, he was appointed to the Board of Directors of the US-India Strategic Partnership Forum. In 2019, he was elected to the Board of Directors of the US-China Business Council. Mr. Ghasemi also was the recipient of the 2017 biennial International Palladium Medal from the Société de Chimie Industrielle for his distinguished contributions to the chemical industry.